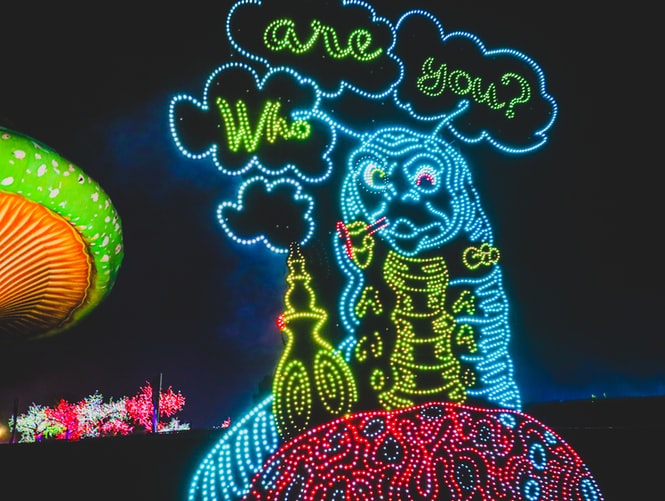 Florida Man is constantly popping up with new and ridiculous things. Some of them that we never would have seen coming. For those who have a birthday on August 15, take a look at what Florida Man has done on this day in the past. We apologize ahead of time for what you might find.

On August 15th, 2017, A Florida Man destroyed a liquor store and was arrested. At first, this might not sound too uncommon and more of a party foul than anything. But Florida Man is never that simple. For starters, the liquor store was under construction. When asked why he destroyed the liquor store he told police that he was Alice in Wonderland and it was not him that decided to destroy the store.

A caterpillar smoking a hookah had ordered him to destroy the store.

As you may have guessed, the caterpillar was nowhere to be seen. Florida Man used a Forklift to do over $100 thousand in damage to the property. He didn’t stop until police put him at gunpoint and ordered him to do so.

A Florida Man stands accused of two counts of first-degree murder. This sentence by itself doesn’t sound that unusual but it gets weirder.

A Florida man was arrested in connection with an August 15th, 2019 double murder of a couple in their home. The couple was stabbed to death. After murdering the couple, he was found biting their faces.

Why was he biting their faces? The former FSU student believed that he was half-man and half-dog. During the murder episode, Florida Man thought he was in a complete animalistic state. He was even making growling sounds.

Police arrived and threatened to shoot Florida Man but he still would not stop biting the victims of his crime. He withstood being kicked in the head and tased before the police eventually were able to get him off the dead bodies.

Surprisingly enough, a mental health expert does not believe that this was drug-induced psychosis. It is believed that this was a manic episode and was found unable to form the intent to commit the crimes due to mental illness. Hopefully, this serves as an example of why we need to improve our mental health treatment options.

Police report that they arrested a 47-year-old Florida Man after an interesting incident on August 15th, 2018. Florida Man called his girlfriend at work while intoxicated and demanded she orders him a pizza. Upon arriving at her home, she found the drunk Florida Man on her floor.

The woman took her daughter to go somewhere else, and Florida Man just decided he would go with them. Florida Man refused to get out of her vehicle and became much drunker at the house they went to. Then on the way home, they argued over how loud the music in the car should be.

Here is where the crime happened. While they argued, Florida Man put his finger in his mouth and stuck it in the victim’s ear. Thus giving her the well-known wet willy. Florida Man was then arrested on one count of second-degree domestic violence. He learned that what you did in school can be harmful later on.

Florida Man has some unique interests. In this case, he likes remote control cars. This Florida Man was buying a remote control car at Walmart when he decided to try and add a little more enthusiasm to their return policy. While at the register, Florida Man told the clerk that he would return to the store with a gun if the RC car didn’t work.

He elaborated that he was serious when it came to his own money. He expected the car to work.

The Florida Man told the authorities that it was all a joke. He didn’t even own a gun. However, the threat and the recent Walmart shooting in Texas provoked fear in the employees and management. Police are still charging him with a felony. Felony level threatening to use a firearm violently.

Florida Man has been pretty busy in August. These are only some of the stories out there. Read through some of the other days and see what else happened around the time of your birthday. We are sure you will find plenty of interest. Check out what Florida Man did the next day.